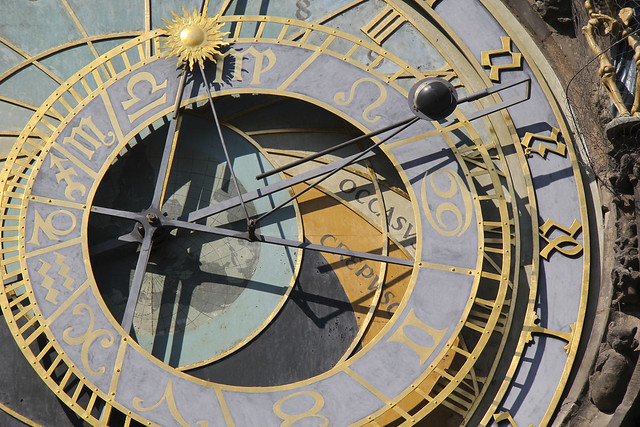 I don’t generally plan much for trips but this was by far the least amount of planning and preparation I’d ever done. I figured I’d just book a plane ticket and a room for the weekend, tag along with Richard and Vicky and go wherever they did. It worked out, and I had a great time. It’s nice to be able to delegate the planning to other people sometimes.

Prague has an excellent, cheap transit system, though initially we found it confusing. We hopped on the bus from Vaclav Havel Airport expecting to be able to pay for tickets but were waved off repeatedly by the driver. We then assumed that we’d be able to buy tickets at the metro station, but the ticket-dispensing machines only take coins, and it was late at night, so there was nowhere to break our bills so we treated ourselves to a free trip that night. I’ve heard stories about how horrible the ticket inspectors can be to tourists. Thankfully we didn’t run into any.

Having enough change is a constant issue in Prague. As soon as you have it it evaporates from your wallet. So many purchases you make are in such small denominations that it makes sense to pay in coins. Shopkeepers always seem to ask for exact change and are reluctant to break bills into small coins, probably because like you, they also need to hoard them so they can use the toilet. 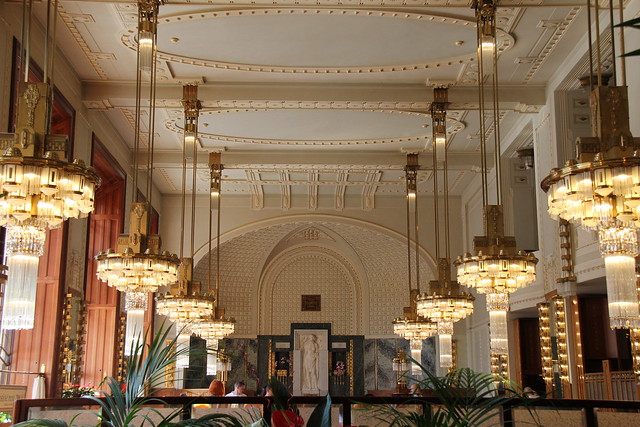 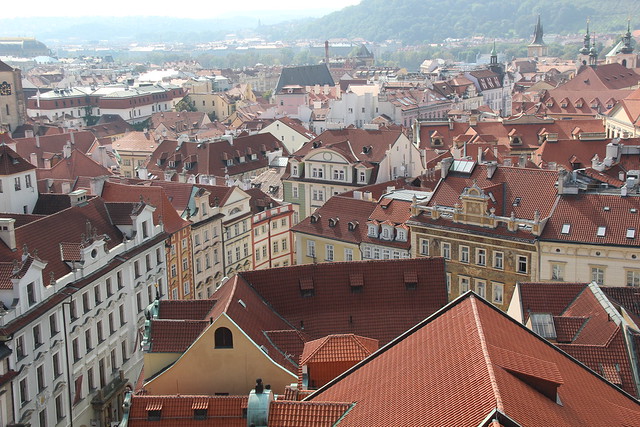 You can easily spend several days just wandering around in Prague, looking at the architecture. It’s home to some of the most fabulous examples of Art Nouveau, as well as many other lovely Baroque buildings. Since the weather was great we spent most of our time outside, sightseeing, rather than visiting the museums and attractions, and we tried to find as many ways as possible to get up really high so we could look over the city. It’s beautiful in pretty much every direction.

If I’m allowed to complain a little, I thought it was kind of a shame that the facades of so many magnificent churches were crowded so much by nearby buildings. In many cases it wasn’t possible to step back far enough to be able to appreciate them fully. You could only really imagine what they look like at the top.

At some point in time I’d love to go back and visit some of the museums. The national museum was closed for renovations while we were there, though there was apparently a classical music concert happening inside the evening we passed by. It seemed like lots of churches and historical buildings were advertising chamber music concerts all over the place. I don’t know if this happens all the time or if it was part of a festival – it wasn’t entirely clear. I’d love to take in some shows at some point. I’m sure some of the spaces would make great venues for live music.