Richard was very insistent that we see the Czech Museum of Silver while we were in Kutna Hora. I’m glad he did because I really enjoyed my visit.

The area around Kutna Hora has long been a rich source of silver, and during the Middle Ages it was the site of the royal mint. Underneath the town there is a large network of who knows how many mine shafts dug by medieval silver miners. At the museum you get the opportunity to tour through a portion of the mines to understand some of the harrowing conditions under which people worked.

As part of the tour, you suit up in hard hats and white canvas coats similar to what would have been worn by Medieval Czech miners. The coats have pointy hoods so they’re kind of a mix between dressing gown and KKK. You learn soon after entering the mine shaft that people were smaller in Medieval times than they are now. Unlike, say, the Củ Chi tunnels in Vietnam, no attempt has been made to widen the tunnels for tourists, so for many people on the tour it can be a tight squeeze to get through. Good thing we wore hard hats because I whacked my head a few times.

Abandoned for 400 years, the tunnels are mostly flooded with water, and everywhere you look there are heavy sediments of calcite and other minerals gradually accumulating and filling the tunnels back in again. Give it another several hundred years and some of them might close up completely. Makes me wonder what a post-Anthropocene practice of geology would look like, if humans manage to last that long. 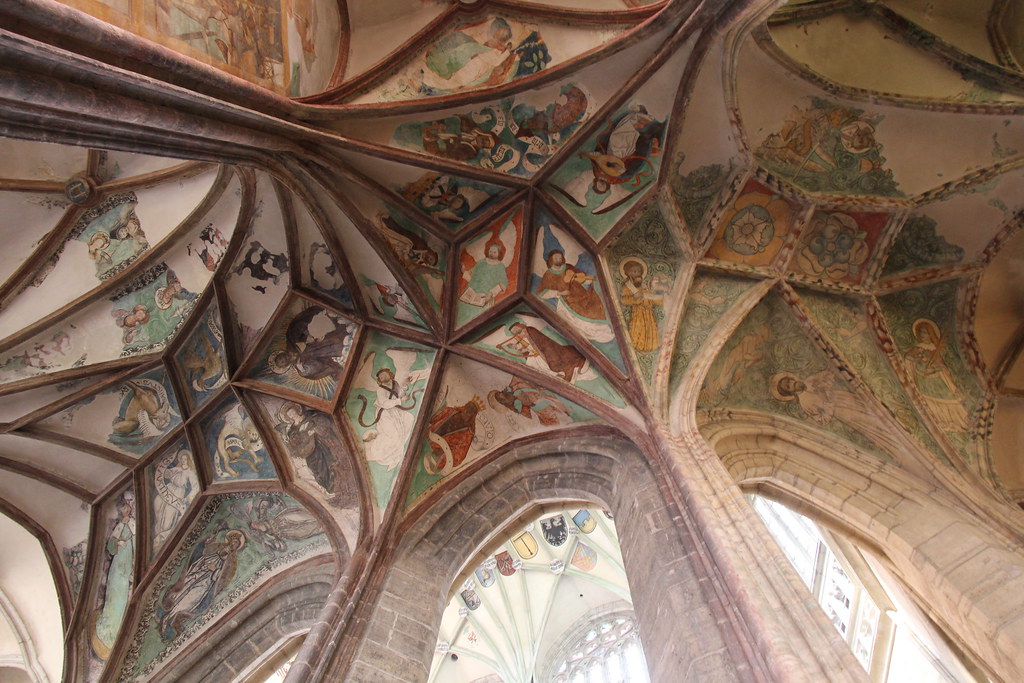 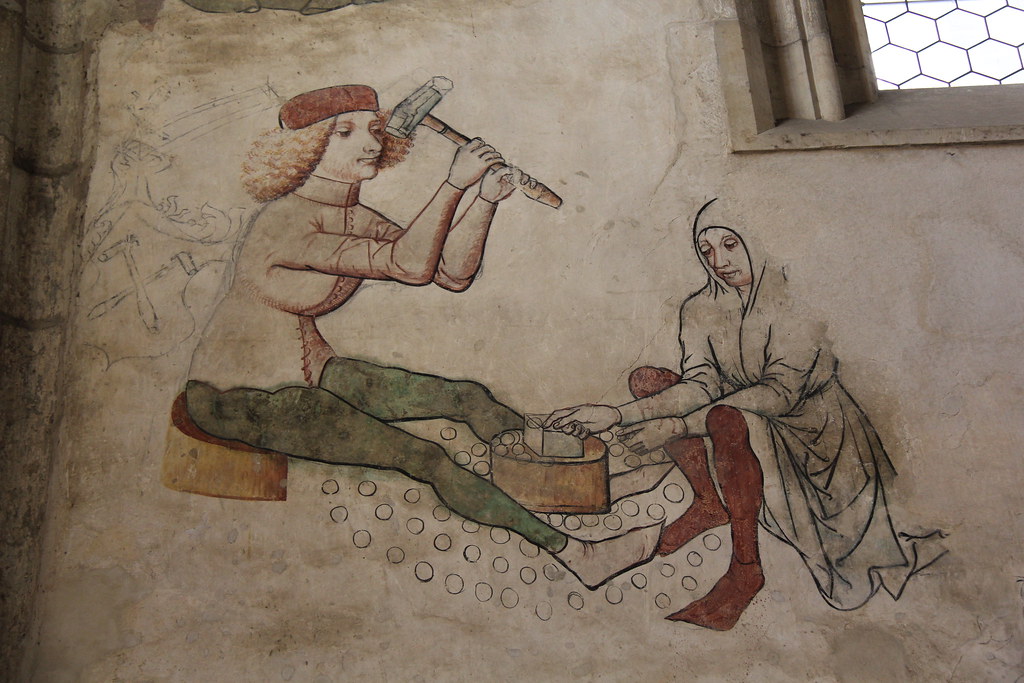 Our next stop was St. Barbara, a fantastic example of High Gothic architecture, with a beautiful set of Art Nouveau windows. St. Barbara is the patron saint of miners, so it was fitting that there would be a church in her name in Kutna Hora. Inside there was a fresco dedicated to the miners and minters of coins. We arrived shortly after a wedding so the organist was still there, messing around and sounding very dramatic. I took a lot of pictures, some of which are on Flickr.

There is a small train line that runs along Kutna Hora, with a cute little single car train that goes back and forth, eventually connecting with the main line. We saw this train waiting at Kutna Hora Mesto, and for reasons that defy all logic, did not run for it. It left without us, seemingly the last train of the night.

So we walked the tracks toward the main line, along a rather scenic drainage ditch. I had my very first and hopefully last experience of stinging nettles. When we finally made it to the main station we had to wait a good hour for the next train, which like what seemed to be most trains in the Czech Republic, was fashionably late.