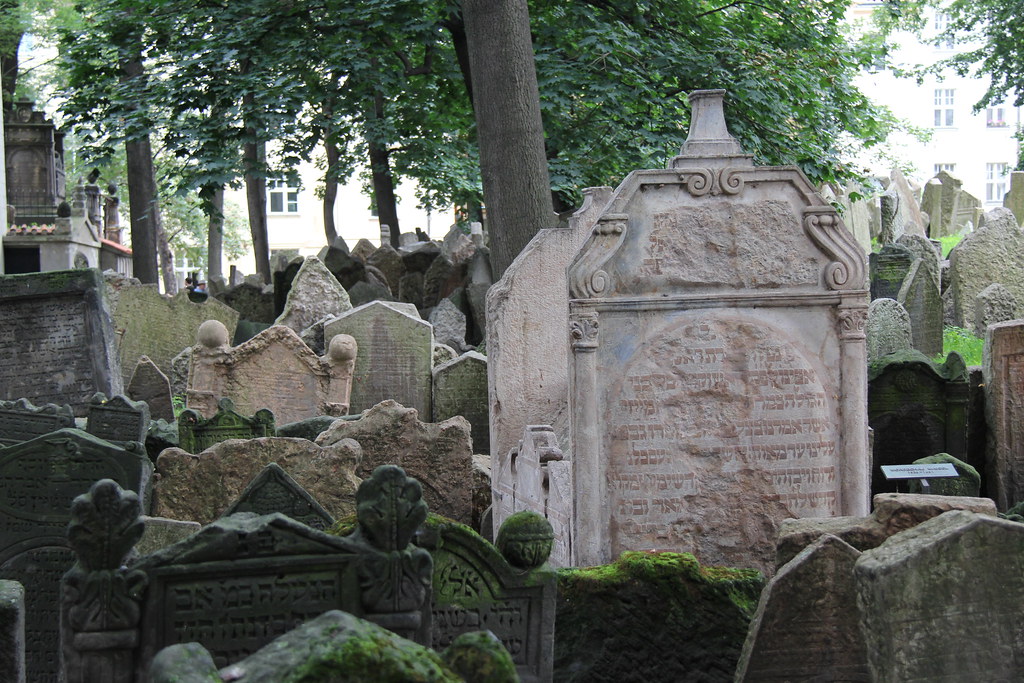 While in Prague we went for the full tour of the Jewish monuments in Josefov. Sadly in most of the synagogues and museums photography is prohibited so I don’t have much to show in this post. Some of them are quite beautiful and elaborate and well worth visiting.

In particular, the distinctly Moorish style and ornate interior decoration of the Spanish Synagogue stands out. Every surface is richly ornamented with geometric patterns in a palette of reds, blues and golds. It also contains an exhibit about the history and cultural contributions of Jews in the Czech Republic, documenting their continually changing relationship with the state and society, the rise of Zionism and the Czech Republic’s relationship with Israel. There was also a display of silver from synagogues all over the Czech Republic. I think if I was going to recommend one synagogue to visit, this would be the one. 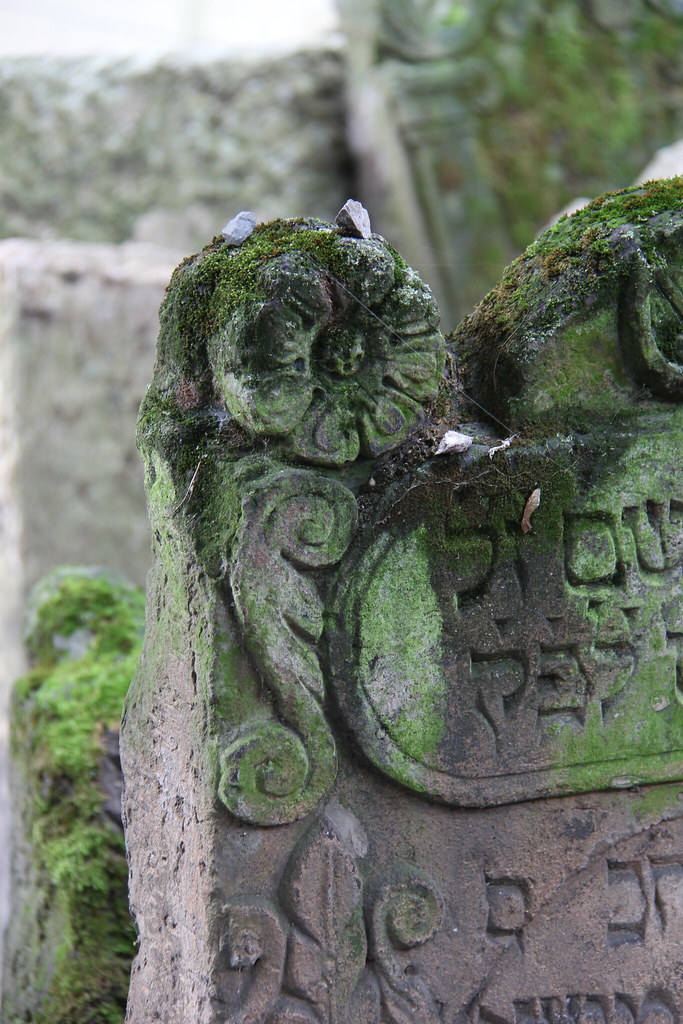 I did take a couple photos, however, in the Jewish Cemetery in Josefov. It’s an interesting place, raised high above the level of the street due to the sheer number of bodies buried inside. At some point in time they ran out of space so they began to lay graves on top of previous graves, gradually raising the level of the earth over time. Each time the existing headstones would be replaced at the highest level, until what remains is an overcrowded disarray of stones of various ages, in various states of repair, packed in haphazardly and fighting for view.

Given this history, I was tempted before my visit to think that it was a small place, but it turned out to be a lot larger than it looks from outside the gates. It’s an odd shape that fills the spaces between several buildings. Just about the time you think that you’ve found the end of it you turn a corner to find another courtyard jam-packed with stones, and it’s only then that you begin to understand just how numerous the bodies are that are interred there.

Visiting the cemetery, I felt much the same as I did at the Sedlec Ossuary, which is, I suppose, to say something about the calm realisation of the inevitability of death. It happens to everyone eventually, and gradually time strips the dead of their identities, and us of our memories of them. Though there are some conservation efforts in place to save and maintain some of the most culturally significant headstones, the majority of them are slowly decaying and becoming impossible to read. 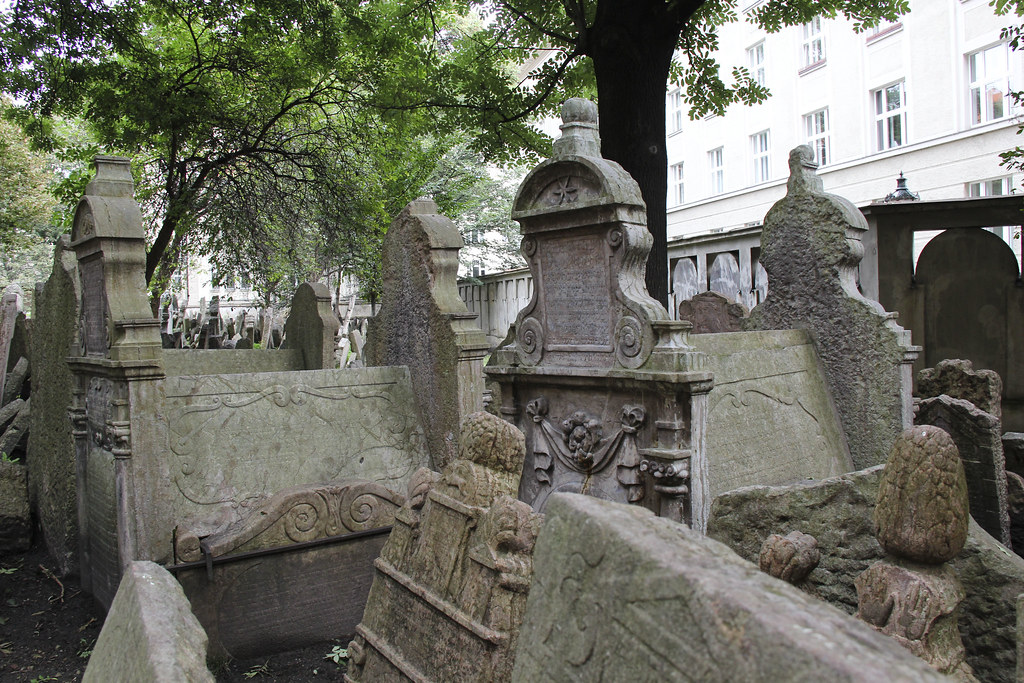